Dr. Celia de Anca is currently the Director of the Center for Diversity in Global Management and professor of Diversity and Islamic Finances at IE Business School. She was previously the Director of Corporate Programmes at the Euro-Arab Management School (EAMS), Granada. She has also worked for the Fundación Cooperación Internacional y Promoción Ibero-América Europa. (CIPIE) and at the International Division of Banco de Santander. She has a master’s degree from the Fletcher School of Law and Diplomacy (Boston), and from the Universidad Politécnica de Madrid. She holds a degree and PhD from the Universidad Autónoma de Madrid, with a comparative thesis on Islamic, ethical/ecological investment funds and on the London Market.
She is the Author of Beyond Tribalism, Palgrave McMillan 2012, and co-author of the Managing Diversity in the Global Organization. Macmillan 2007. She had articles published in specialised journals, in addition to regular articles in the press. She was an external advisor of the Merrill Lynch’s Diversity & Inclusion Council up to 2009. She has been a member of the Executive Committee of IE Business School from 2006 to 2016. She is a member of the Ethics Committee of InverCaixa’ s Ethics Fund, Spain and a member of the International Scientific Committee of the University Euromed in Marseille, France. Member of the FAA Accreditation Panel for Islamic Finance (Malaysia) since 2017. She has received the award of the women executive of the year 2008 by the Business Women Association of Madrid. (ASEME) Ms. de Anca is fluent in Spanish, English, French and Arabic. Her work is regularly cited by the most influential thinkers including Zigmunt Bauman. Prof. Celia de Anca is listed at the 2013 top50 thinkers ranking of global management thinkers http://www.thinkers50.com/biographies/celia-de-anca/

Alba Vázquez Alba Vázquez is the Executive Director of IE Women Initiative and Associate Director of the IE Center for Diversity in Global Management. Award winning professional with over 20 years working experience in the commitment to internal and external customers. Able to find solutions and new ways of managing when needed with both internal and external teams, using not only the knowledge and experience gained at work but also high doses of creativity and adaptability in a world of constant change. Frequent reader and traveler having visited over 25 countries. She holds an Executive Master in Communications at IE University , MA on Cultural Management at Universitat de Barcelona, a BA in Linguistics and EnglishLiterature at Universidad Autónoma- Universität zu Köln and is candidate for the Intercultural Competency in Education course at the University of Iceland.She facilitates conversations on Diversity and other issues with the Lego®SeriousPlay® methodology .Tourism, Business and Arts as professional dancer for more than 10 years are my main areas of professional development in English, Spanish and French entrepreneurial ecosystems. 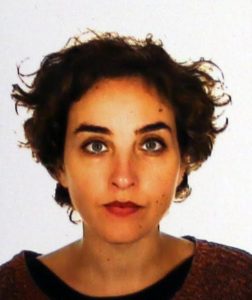 Laura Rodríguez Árias is currently assistant to the Director at the IE Center for Diversity. She is also journalist and video editor. She has developed her professional career in several news media. Interested in social and international issues, she has studied and worked in France and Uruguay.
She works coordinating the Center’s activities, and also develops its social media and community
management. 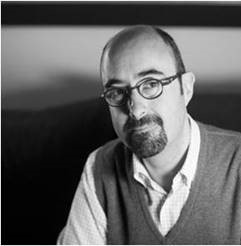 Salvador Aragon combines the practitioner and academic approaches to the world of business innovation. In his roles as Head of Innovation Officer and Professor of Information Systems and Innovation at IE Business School, he aims to provide a consistent response to the challenges, problems and opportunities of innovation within the company.
From a research perspective, Salvador Aragón defines innovation as an intersection between market, organization and technology. He holds a Ph.D. in Innovation Governance and a Master in Business Administration (MBA) and a bachelor in Industrial Engineering.